A few months ago, the Man Repeller team put a callout to the community: We wanted to speak to women about pregnancy and parenting during the pandemic, to better understand the large and small ways COVID-19 had changed the experience. One of the readers who responded was 25-year-old Abbi, who was newly pregnant with her first baby—a boy. Over the past few months, she spoke to Gyan over on the phone, and she generously shared her experience of being pregnant in Los Angeles during COVID. Below is her story—the first in an ongoing series about motherhood during the pandemic.

I got a positive pregnancy test in mid-March, which is when things really started to escalate here in L.A. My husband and I had both just started working from home a couple of days before. As far as we knew, we were just going to be home for two weeks until this blew over—we didn’t think it was going to be five months and counting.

Our first appointment was two weeks from then. We were kind of gearing up to do that appointment together. The first trimester is such a time of uncertainty—I wasn’t sure if my home tests were even accurate, or if the pregnancy was even viable. On top of thinking, “Oh my gosh, how am I going to be somebody’s mother?”

When we got to the hospital for the appointment, we were going to walk in together, but there was a woman at the door in full medical gear who asked what we were there for. When we said we had an appointment, she said it was patients only—that he wouldn’t be able to come with me. And we both just kind of freaked out.

My husband was like, “This is my wife. We’re going to see about our pregnancy.” And I just looked at him like, “All right. I guess I have to go by myself. I’ll see you later.” Somebody took my temperature, and I was just kind of in a daze at that point. I made my way into the elevator and up to the waiting room where I was supposed to go. It was one of the most terrifying things I’ve ever seen, this completely abandoned hospital building. There were no receptionists, no nurses, no maintenance staff, no other patients. It was like something out of a zombie movie. 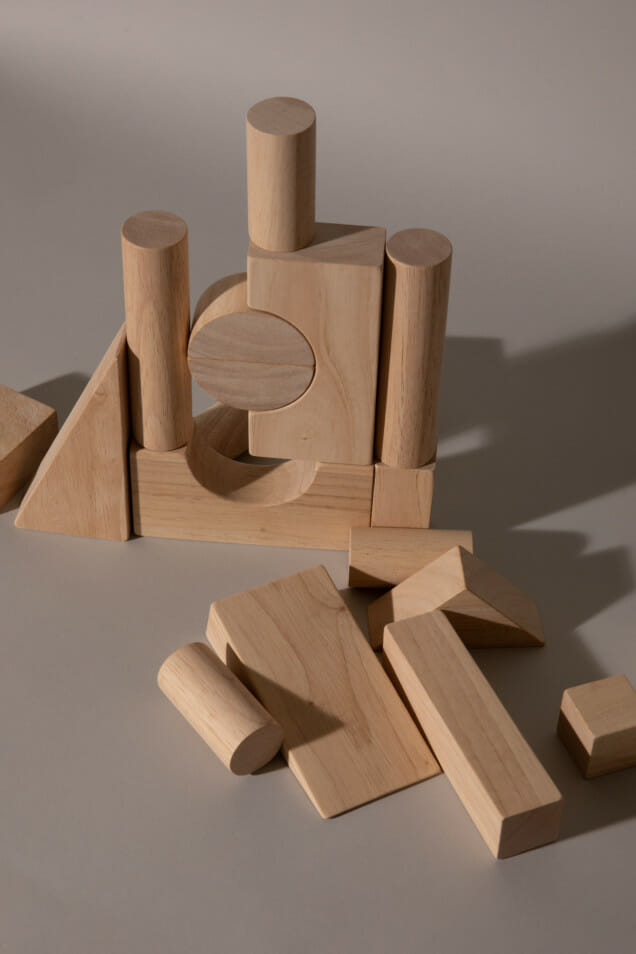 I was just so freaked out. Finally someone called me into the room, and I met with the doctor. She asked me the standard questions, and they told me that they’re going to do an ultrasound. I wasn’t really sure how far along I was. I was, like, Am I even pregnant? Was there a chance it was a false positive?

They did the ultrasound, and they show me the little embryo, and it’s just this tiny little thing, no bigger than an apple seed. They’re moving the wand around a little, and then they tell me that they can see the heartbeat and I hear it. And I’m happy that I hear it, but I don’t really react—I was still in such a daze.

Later I talked to my mom and told her we were pregnant—that I had heard the heartbeat and all that—she asked, “Oh my gosh, did you cry?” It was like the weirdest question to me. I can’t even believe I didn’t even think of that as an option. Everything was so quick and so matter of fact. It was a very emotionless experience.

My husband met me at the door where he’d dropped me off—he’d been waiting in the car—and I told him everything looked good, that I’d heard the heartbeat. Obviously that’s great news—but there was definitely a disconnect.

For all of our subsequent appointments, he’s been with me on FaceTime, and it’s made the biggest difference in the world. I wish now that I would’ve thought of that.

Now that we have done this every four weeks or so, it’s much less traumatic than that first experience, when we weren’t expecting it. But it’s still a bummer. When there were big appointments, like finding out the gender, my husband wasn’t there. It’s just strange. But we’re just making the best of it, trying to keep him as involved as we can.

He still comes with me to every appointment, and he’ll wait in the car. Then I fill him in as soon as I come out. There’s always a little bit of anxiety going into these appointments, so it’s nice we can drive together and still feel like he’s part of these appointments—I know he’s just there, he’s right outside. It’s a little bit of comfort, at least for me. I’m due on Thanksgiving Day—November 26. He’ll be able to be in the room when I deliver, but he won’t be able to come in to any appointments for the rest of the year.

We’re so grateful that everyone is taking all these precautions, being so safe, and doing what needs to be done. But it’s also very bizarre that bars in L.A. were open for a little while, but my husband still wasn’t able to come into an appointment that I’m being temperature-checked and have to wear a mask for. We, of course, understand why these rules are in place and we’re grateful that everyone’s being safe, but it’s hard.

In itself, pregnancy is a very isolating experience. No matter how many people you have around you, it’s just you and this little person in your body—you are doing a lot of it alone. And to be really, really alone and not have all of your support people within arms’ reach has been really challenging. As I’ve gotten farther along, it’s more the little things that are hardest, like not being able to go to lunch with my mom or go shopping for a crib with my sisters—all these things that you’d normally be able to do throughout a pregnancy. We’re just focusing on the things that we can control and focusing on the positive—overall we’ve been very fortunate. And I’m having a virtual baby shower next week.

The post Pregnant in a Pandemic: Solo Dr. Appointments and FaceTime in Parking Lots appeared first on Repeller.